Kazuo Hirai, CEO of Sony held a keynote at the 2014 CES (Consumer Electronics Show) which did not disappoint. He talked about the true goal of Sony corporation, which according to Kazuo is not to make using technology more convenient, but to elicit an emotional response when using Sony devices. To create a wow feeling.

He told the story of how he became interested in technology, just like any child he was always curious about things. But this story was pretty good.

He talked about a memory he had of watching a show on TV when he was very young, and at some point the host of the show was handing out cookies to the audience.

He waited patiently, but when the host was done handing out cookies, Kazuo wondered why he didn’t get a cookie.

These people come to his living room every day, and he could hear and see them, but it seemed as though they could never hear or see him. He wondered how that could be. And so he decided to find out.

A cute story for sure, but also a very important one. Many people lose that curiosity with age, something Kazuo Hirai says you shouldn’t let happen.

That connects everybody with Sony, whether you’re an engineer improving picture quality on an LCD television or you’re a video game producer.  It doesn’t matter which part of Sony you’re from; it’s all about bringing that kando.

He said that the people that have made all types on innovation possible are the people who aren’t bound by rules but dare to ask ‘what if’. Quite true, whether you work at Sony or not, It’s important to dare imagine things. A very inspiring speech that can be applied to more than just the Consumer Electronics industry. 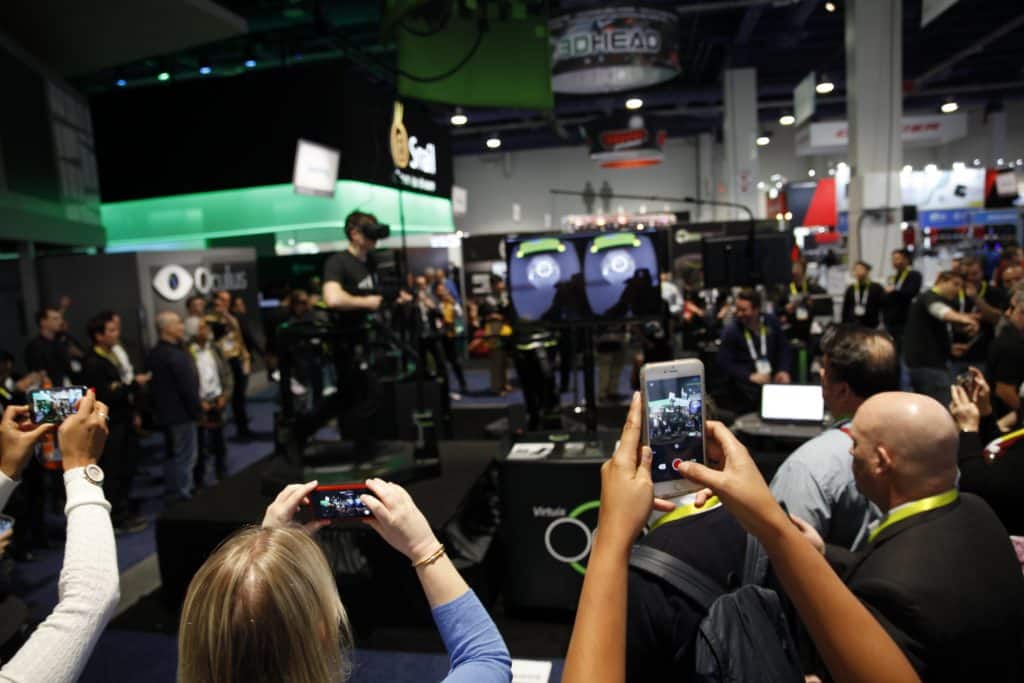 This wow factor is incredibly important when trying to market a tech startup. The success of new gadgets rely on hype and buzz. A good place to start is with the product itself. But then you need to highlight that wow factor and get the customer to experience it.

Get in touch with us if you want to discuss uping your businesses 'wow factor'.

Johny Krahbichler
Johny (John-Erik) Krahbichler is an exhibition specialist at Soliton Solutions and an experienced tech-journalist. Mr. Krahbichler's main expertise lies is in the consumer electronics industry as well as business & marketing strategy.

Currently Johny is using his experience from covering trade shows such as the CES to work with trade show exhibition marketing.

This website uses cookies to improve your experience while you navigate through the website. Out of these, the cookies that are categorized as necessary are stored on your browser as they are essential for the working of basic functionalities of the website. We also use third-party cookies that help us analyze and understand how you use this website. These cookies will be stored in your browser only with your consent. You also have the option to opt-out of these cookies. But opting out of some of these cookies may affect your browsing experience.
Necessary Always Enabled

Any cookies that may not be particularly necessary for the website to function and is used specifically to collect user personal data via analytics, ads, other embedded contents are termed as non-necessary cookies. It is mandatory to procure user consent prior to running these cookies on your website.